This machine includes enumerating Samba shares, reading exploits and using that logic to get access, along with some basic Linux PrivEsc.

What I learnt from this room:

Starting with the basic, we have…

I like to run RustScan first on machines so that I can immediately learn what ports are open. You can install RustScan from here. 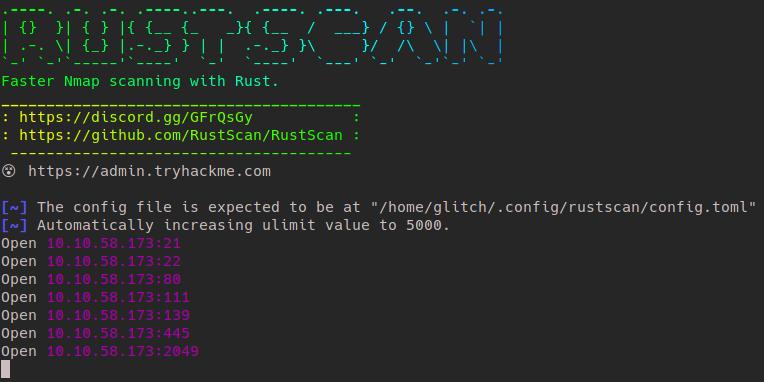 Alright kids so we have seven ports open, that should be the answer to Task 1, Q2.

Digging a little deeper with nmap tells me that this machine has FTP, SSH, HTTP, RPCBind and Samba SMB running on it.

Go ahead and use the tags -sC, -sV, -T4 to get more information about these services.

On doing so, you should find the following interesting things:

Moving forward, we will dig deeper into the Samba services running on Ports 139/445.

Nmap comes with a lot of scripts bundled to enumerate various services. To run all the scripts for Samba, use the command nmap -p 445 --script="smb*" <ip>

Here, you can see there are three shares running, one of them being anonymous. We can probably do something with this.

Download the file on the share using the get command in the SMB shell and let’s look through it.

The downloaded file has a lot of information that we can use further to get a shell:

Port 111 has Remote Procedural Call server running which converts RPC program to universal address. To enumerate this we can use rpcinfo, Enum4Linux, or run an nmap script. The room points out that Port 111 is access to a Network File System.

We know the version of ProFTPd, on usinf the searchsploit command to find available exploits to this, we get this: 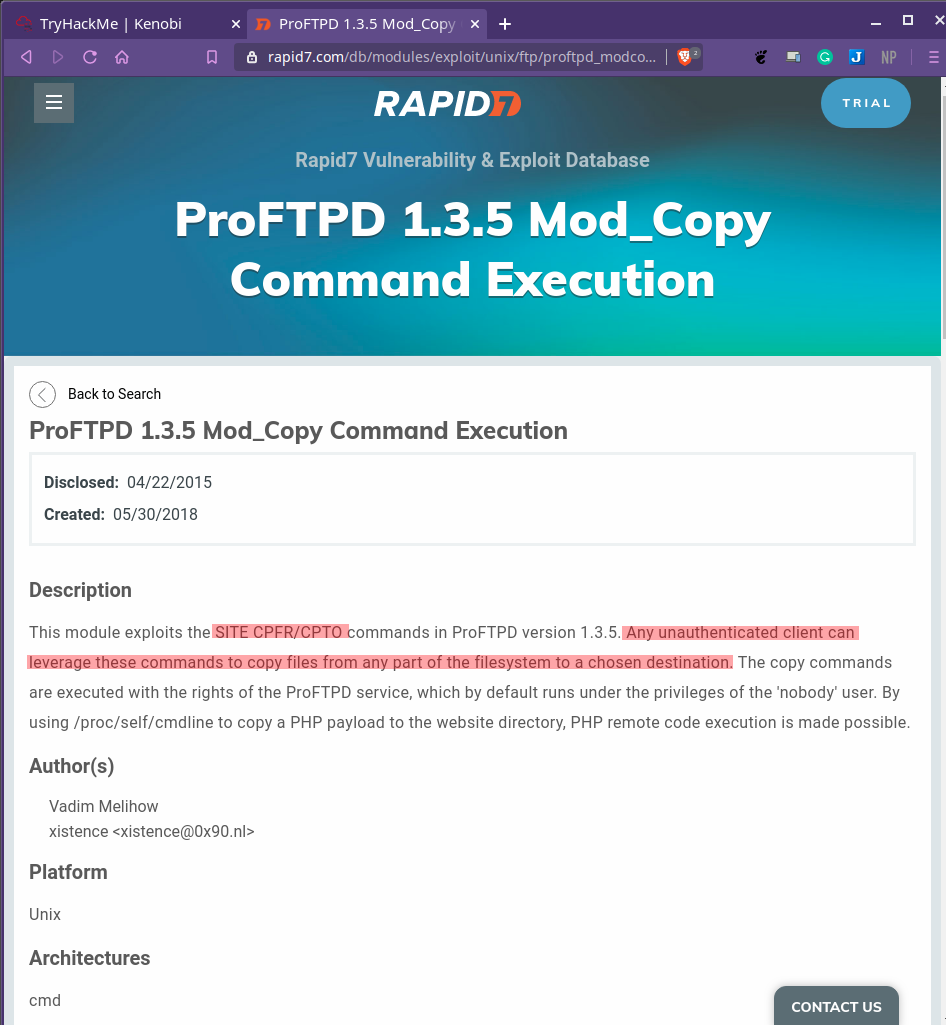 Basically we can copy any file from any directory using this vulnerability. Hmmm, if only there was a Network File System we could copy to and then mount it to our system…

Use nc <ip> 21 to connect to the FTP service. We know we can use the commands SITE CPFR an SITE CPFO to copy and paste files and folders. We copy the SSH keys as follows:

Now, lets mount the NFS to our system and get the SSH keys.

Now that we have the SSH keys, lets SSH into the machine.

We can use LinEnum.sh and linpeas.sh to enumerate and help with our privilege escalation. If you don’t know about these scripts, Google them and download them from GitHub, they come in handy quite often!

Let’s try the finding some weird SUID binaries, if you don’t know what these are, read about them here or look at the Common Linux Privesc room on TryHackMe.

Tl;dr: SUID binaries lets you execute those binaries as the user who created them. Hence, if there is a binary created by the root user and you are somehow able to manipulate it, you can get root here. 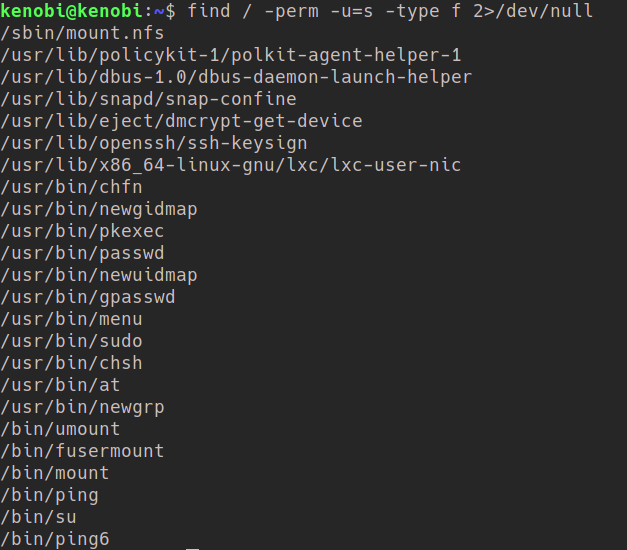 It usually takes some time and practice to find the out-of-place binary here, but it’s the /usr/bin/menu one. Try playing with the binary and see what it does.

Poking into the binary using strings leads us to the finding that the binary runs without a full path. 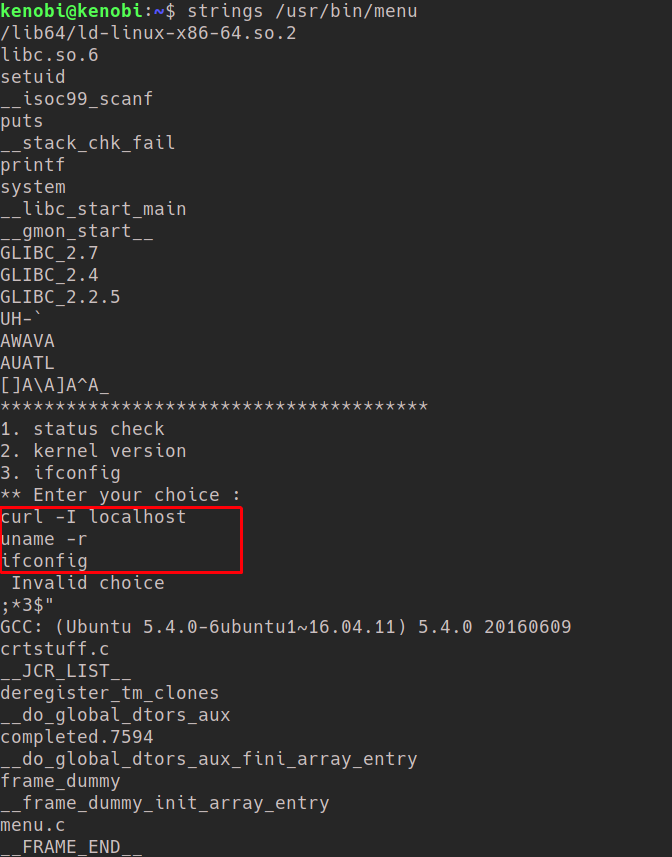 And here you go, you get root and the root flag.

This was genuinely an interesting room to do for me. As I am a beginner I do keep referring to online sources and even write ups when I am stuck. Here I would like to point out all the techniques and topics I did not know prior to this room